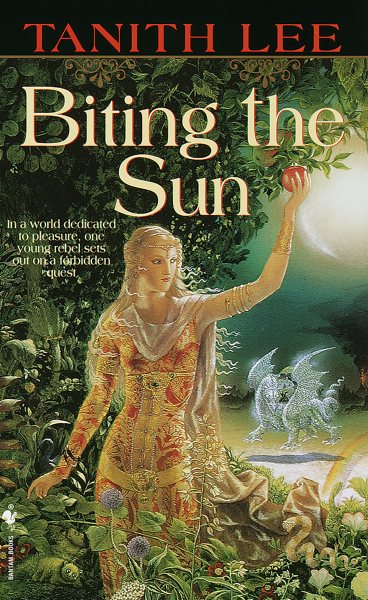 On a planet devoted to seeking pleasure no matter what the cost, where the dead can be re-incarnated continually, a band of rebel teenagers bucks the system to seek the more subtle joys of the soul. Read More
In a world dedicated to pleasure, one young rebel sets out on a forbidden quest. Published for the first time in a single volume, Tanith Lee's duet of novels set in a hedonistic Utopia are as riveting and revolutionary as they were when they first appeared two decades ago.It's a perfect existence, a world in which no pleasure is off-limits, no risk is too dangerous, and no responsibilities can cramp your style. Not if you're Jang: a caste of libertine teenagers in the city of Four BEE. But when you're expected to make trouble—when you can kill yourself on a whim and return in another body, when you're encouraged to change genders at will and experience whatever you desire—you've got no reason to rebel . . . until making love and raising hell, daring death and running wild just leave you cold and empty.Ravenous for true adventures of the mind and body, desperate to find some meaning, one restless spirit finally bucks the system—and by shattering the rules, strikes at the very heart of a soulless society. . . . Read Less

Goodreads reviews for Biting the Sun: A Novel