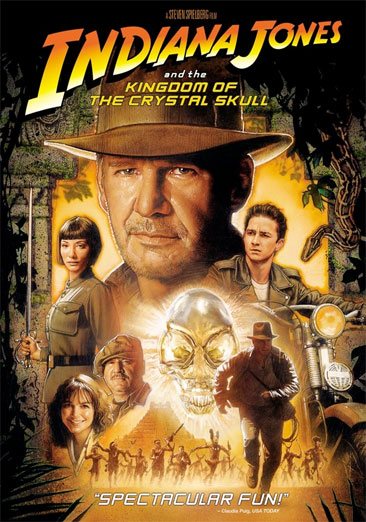 Archaeologist Jones teams up with former flame Marion and her hot-headed son to rescue an old friend from the Soviets. Read More
"The year is 1957, and Indy (Ford) is on the run from a team of Russian spies led by rapier-wielding Irina Spalko (Blanchett). The Russians want Indy to help them locate an ancient artifact that they believe can be used as the ultimate military weapon. Indy manages a narrow escape and tries to return to his life as a professor of archaeology, but he soon bumps into a '50s greaser named Mutt (LeBeouf). Mutt's mother, Marian (Allen), and Professor Oxley (John Hurt), Indy's longtime friend, have been captured somewhere in Peru. Mutt and Indy hop a plane and track down. They find themselves surrounded by the same scheming Russians who have found the artifact but Indy now knows its secret and with the help of Mutt, Marian and Oxley, he races to return it to its rightful resting place." Read Less