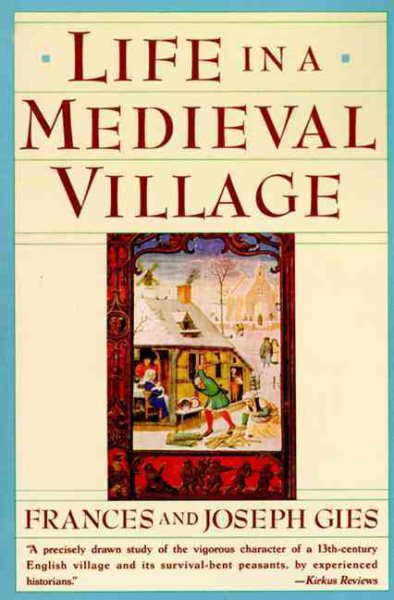 Focusing on the village of Elton, in the English East Midlands, this book describes the food and housing of the peasants, the tension between them and the lord of the manor, and the place of the Church in their lives Read More
The reissue of Joseph and Frances Gies’s classic bestseller on life in medieval villages.This new reissue of Life in a Medieval Village, by respected historians Joseph and Frances Gies, paints a lively, convincing portrait of rural people at work and at play in the Middle Ages. Focusing on the village of Elton, in the English East Midlands, the Gieses detail the agricultural advances that made communal living possible, explain what domestic life was like for serf and lord alike, and describe the central role of the church in maintaining social harmony. Though the main focus is on Elton, c. 1300, the Gieses supply enlightening historical context on the origin, development, and decline of the European village, itself an invention of the Middle Ages.Meticulously researched, Life in a Medieval Village is a remarkable account that illustrates the captivating world of the Middle Ages and demonstrates what it was like to live during a fascinating—and often misunderstood—era. Read Less

Goodreads reviews for Life in a Medieval Village

Cathedral, Forge and Waterwheel: Technology and Invention in...

Life in a Medieval Village