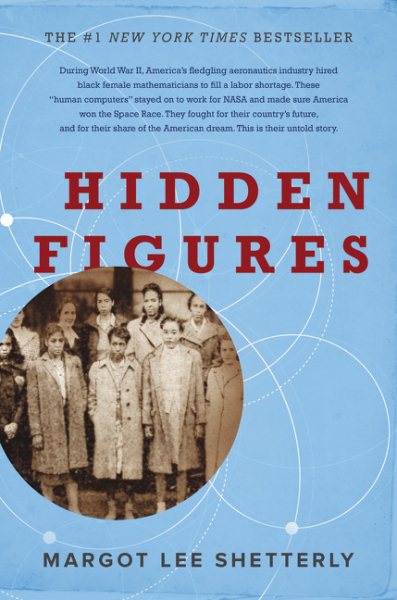 An account of the previously unheralded but pivotal contributions of NASA's African-American women mathematicians to America's space program describes how they were segregated from their white counterparts by Jim Crow laws in spite of their groundbreaking successes. Read More
The #1 New York Times bestseller-WINNER OF ANISFIELD-WOLF AWARD FOR NONFICTION-WINNER BLACK CAUCUS OF AMERICAN LIBRARY ASSOCIATION BEST NONFICTION BOOK-WINNER NAACP IMAGE AWARD BEST NONFICTION BOOK-WINNER NATIONAL ACADEMIES OF SCIENCES, ENGINEERING AND MEDICINE COMMUNICATION AWARDThe phenomenal true story of the black female mathematicians at NASA at the leading edge of the feminist and civil rights movement, whose calculations helped fuel some of America&apos;s greatest achievements in space&apos;a powerful, revelatory contribution that is as essential to our understanding of race, discrimination, and achievement in modern America as Between the World and Me and The Immortal Life of Henrietta Lacks. The basis for the smash Academy Award-nominated film starring Taraji P. Henson, Octavia Spencer, Janelle Monae, Kirsten Dunst, and Kevin Costner.Before John Glenn orbited the earth, or Neil Armstrong walked on the moon, a group of dedicated female mathematicians known as &apos;human computers&apos; used pencils, slide rules and adding machines to calculate the numbers that would launch rockets, and astronauts, into space. Among these problem-solvers were a group of exceptionally talented African American women, some of the brightest minds of their generation. Originally relegated to teaching math in the South&apos;s segregated public schools, they were called into service during the labor shortages of World War II, when America&apos;s aeronautics industry was in dire need of anyone who had the right stuff. Suddenly, these overlooked math whizzes had a shot at jobs worthy of their skills, and they answered Uncle Sam&apos;s call, moving to Hampton, Virginia and the fascinating, high-energy world of the Langley Memorial Aeronautical Laboratory. Even as Virginia&apos;s Jim Crow laws required them to be segregated from their white counterparts, the women of Langley&apos;s all-black &apos;West Computing&apos; group helped America achieve one of the things it desired most: a decisive victory over the Soviet Union in the Cold War, and complete domination of the heavens. Starting in World War II and moving through to the Cold War, the Civil Rights Movement and the Space Race, Hidden Figures follows the interwoven accounts of Dorothy Vaughan, Mary Jackson, Katherine Johnson and Christine Darden, four African American women who participated in some of NASA&apos;s greatest successes. It chronicles their careers over nearly three decades they faced challenges, forged alliances and used their intellect to change their own lives, and their country&apos;s future.  Read Less