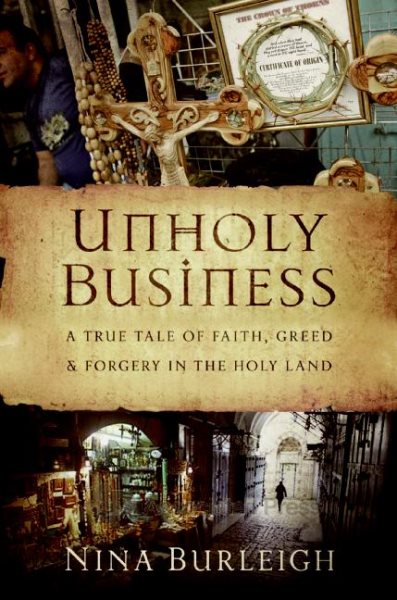 An account of the high-stakes world of biblical antiquities forgery discusses the scholars, evangelicals, and millionaire collectors who contribute to its illicit practices, and explores the struggle between the faithful and the scientific community. Read More
In 2002, an ancient limestone box called the James Ossuary was trumpeted on the world's front pages as the first material evidence of the existence of Jesus Christ. Today it is exhibit number one in a forgery trial involving millions of dollars worth of high-end, Biblical era relics, some of which literally re-wrote Near Eastern history and which could lead to the incarceration of some very wealthy men and embarrass major international institutions, including the British Museum and Sotheby's. Set in Israel, with its 30,000 archaeological digs crammed with biblical-era artifacts, and full of colorful characters&;scholars, evangelicals, detectives, and millionaire collectors&;Unholy Business tells the incredibly story of what the Israeli authorities have called "the fraud of the century." It takes readers into the murky world of Holy Land relic dealing, from the back alleys of Jerusalem's Old City to New York's Fifth Avenue, and reveals biblical archaeology as it is pulled apart by religious believers on one side and scientists on the other. Read Less