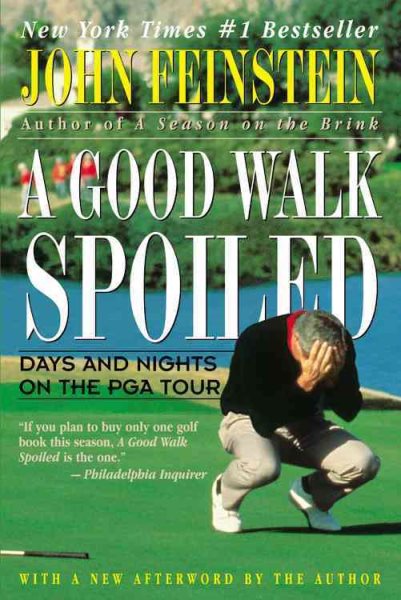 A study of men's professional golf follows a year on the PGA tour, sharing portraits of superstars and rising players, the pressures of a high-profile sport, and dramatic tournament moments Read More
In the highly acclaimed bestseller A Good Walk Spoiled, John Feinstein captures the world of professional golf as it has never been captured before. Traveling with the golfers on the PGA Tour, Feinstein gets inside the heads of the game's greatest players as well as its struggling wannabes.Meet superstars like Nick Price, who nailed a fifty-foot putt at the seventeenth to win the British Open, and Paul Azinger, who marked his return from a bout with cancer with an emotional appearance at the Buick Open. Go behind the scenes for Davis Love III's unforgettable come-from-behind victory in the Ryder Cup. In golf, Feinstein eloquently relates, the line that separates triumph from disappointment is incredibly fine. "One week you've discovered the secret to the game; the next week you never want to play it again." Read Less