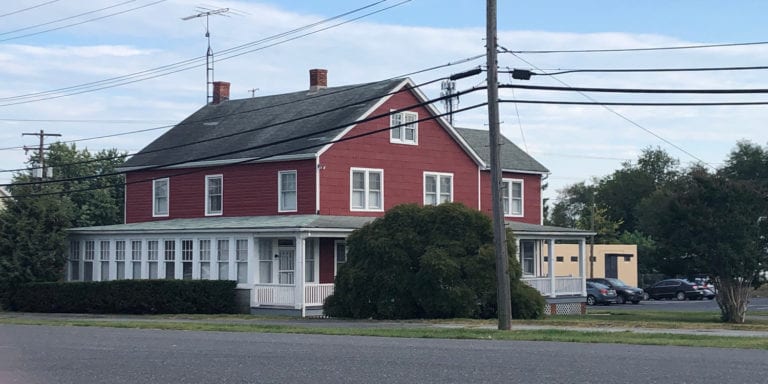 I opened my presents early.

I’ll ask someone else to clean up the wrapping.

Well, they’re not really presents. I have to pay for them.

And someone (Kelmscott) sent me candy! I’ll buy a book there next time I see them.

How do measure a year? Was it a good one?

Maybe it should be graded in multiple ways.

Then an overall grade can be assessed to it.

It was 14 degrees on the mountain when I awoke in the dark this morning.

My lungs—from infection or bronchitis or pneumonia—are finally calm after nearly a month of frame rattling coughs.

December is rushing to its end. An artificial demarcation, but yet another way to measure past, present and future.

The year has not turned out the way I thought it would.

In January we “bought the farm.”

I was full of optimism.

A brewery with books?

It sits empty. The right match has not come along. There have been some “nibbles” and “bites.”

It has been painted…

It’s a good investment I’m pretty sure regardless of what happens.

Maybe 2020 will reveal what it’s destined to become.

I took a “free trip” to Madrid.

That was a lot of fun.

But the travel was all alone. That lowers the grade.

Am I running from something?

February started in San Francisco for the ABAA California show.

I stayed with my brother in San Francisco.

I took a long day at Muir Woods and other beautiful spots in Marin County.

Muir made me think of my brother Jim. {https://www.wonderbk.com/family-friends/he-aint-heavy/} He had some glory days there as a write and rock and roller.

I found way too many incredible books.

I dined, for the second time, as local food pioneer Alice Waters’ Chez Panisse in Berkeley with some good book friends and colleagues.

I developed a cough that lasted almost two months.

So 2019 has been bookended by coughs.

I had a visit by friend and mentor Ron Lieberman and book buddy and world’s finest Dead Head Kevin Mullen.

That’s me and Ron on the Farm porch.

The end of February found me rambling through Dublin. I took a side trip up to Newgrange as well.

(Yes, I took that picture.)

NYC and the ABAA book fair.

I bought way too many books.

I had a memorable evening at Bemelmans Bar with a protégé and her friend. It is especially memorable because I don’t remember much of the end of the evening.

The end of March, I was honored by the Chamber of Commerce as 1 of 50 Top CEOs in Frederick County. (Frederick is Maryland’s second largest city.)

I never ever would have dreamed of having the title CEO in my Curriculum Vitae. I was always just a “Book Buy” and wannabe writer.

The very end of March saw the beginning of a great friendship.

I wandered the city I’ve wanted to return to for almost 20 years.

It’s good to accomplish something you’ve been putting off.

I visited the Cathedral of Notre Dame the night before it burned. There’s still a void in my heart for that. It just seems…impossible. Surreal.

I found “one book” in the city. And, at the time, I thought that was an important thing.

Took me to Montreal—a city I’ve never visited before. I had “free miles” to spend—so why not?

It was a fun jazzy city.

The books were very disappointing. Both English and French were pretty slim pickings.

If you have a good book shop in your town, treasure it, support it, introduce your friends to it.

I discovered Leonard Cohen is a very big thing to these folks.

He is VERY big in Montreal.

I went back to NYC at the end of the month. I don’t remember why, but reviewing the pictures I took, the food I ate and the cocktails looked wonderful.

I didn’t buy too many books because of the shipping distances involved.

I made some literary pilgrimages through the city.

I had cocktails at the American Bar at the Savoy.

A friend was retiring as a conservator at the National Gallery in Washington. I was given a behind-the-scenes tour and got up and personal with some amazing art works that were being “conserved.”

It virtually glowed with its own light.

I cut a lot of wood. A lot! I enjoy it. I get into a Zen-like mode. I almost only take dead or fallen wood. I provide my own heat. This morning when it was 14 outside, it was 62 inside. The wood stove did that. I like tending the stove. (It seldom needs tending.)

I was given tickets to see The Rolling Stones. They were amazing. Prancing and dancing. Rockin’ and rollin’. For hours. In 90 degree heat.

In their mid and late 70s. And Mick had heart surgery not long before. 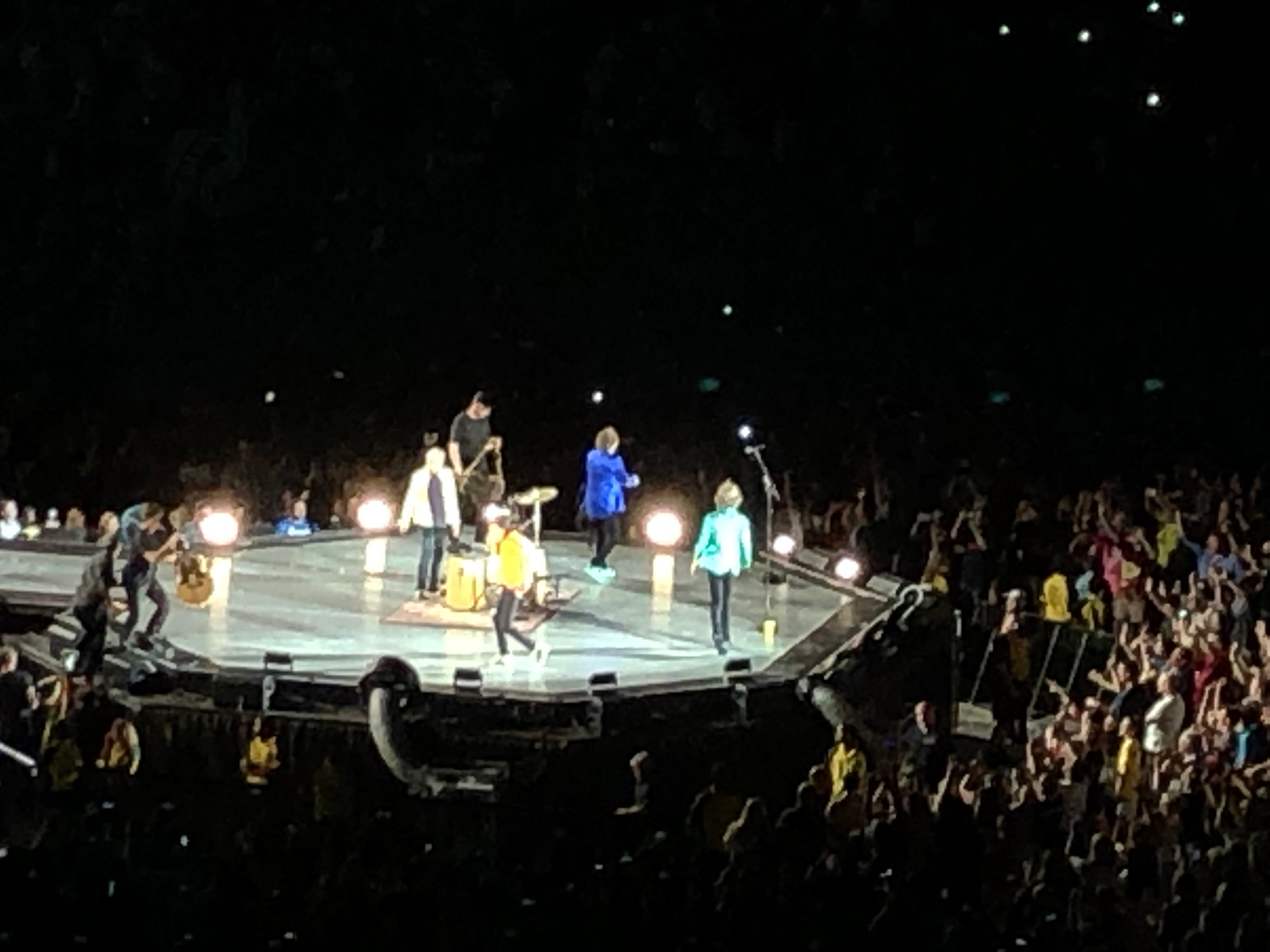 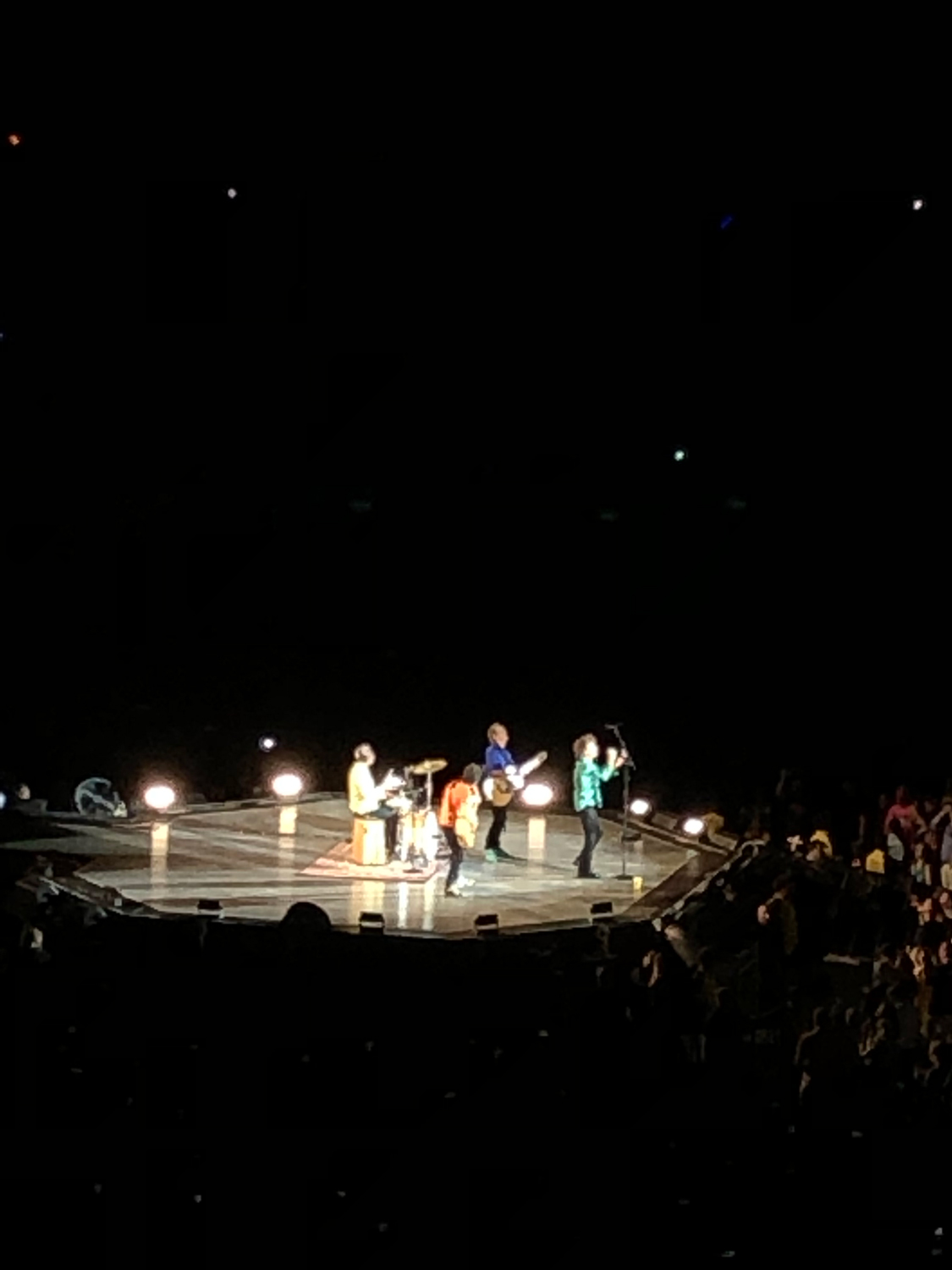 Don’t slow down. There’s plenty of time for that. The time is infinite at the end. Until then, Carpe Diem!

I had a landmark birthday on Jul 14. Again, an artificial demarcation, but these numbers triggered all kinds of government mandated changes to my life. I spent hours, days in the second half of 2019 complying with the social safety net I was dragged into whether I wanted it or not.

I had a big cookout on the mountain. I haven’t entertained for a long time. It required a great deal of cleanup.

It was a summer of sunflowers—which I grew in the book warehouse gardens and gave away freely.

And more woodcutting. I don’t spend a lot of hours doing it. But it is good exercise and a bit of an exercise in self-sufficiency.

The end of August took me to Pittsburgh where I helped my son move from his yearlong clerkship.

It was odd being in that city where the huge scandal of rare books taken from the Carnegie Library over decades continues to fester in the court system.

Took me to Scotland with 3 buddies. Every year for the past 7 or 8, we have traveled to some remote location to play bucket-list golf courses. I’ve stopped playing golf pretty much. I’d only played about 27 holes in all of 2019. I was actually pretty pleased with my performance all things considered. We played two courses at St Andrews and five in East Midlothian.

And I found a great book for a friend in the medieval town. Why…

I played 5 courses in 5 days. All walking. It was strikingly beautiful. My friends played 7. I had to leave early. I’d double scheduled that trip with my son’s wedding! Cognitive issues? I don’t think so. I have never been able to plan a year in advance.

The wedding was beautiful. It was “book themed”, and I was glad Wonder Book was able to help with that. The boy grew up in the bookstores and at book shows and, much later, in the warehouse. He has moved on to a “real job.” He’s a lawyer with the DOJ.

The sunflowers started fading toward the end of September. It is sad to let things go. But, boy, did I grow a lot—and many varieties of the plant. 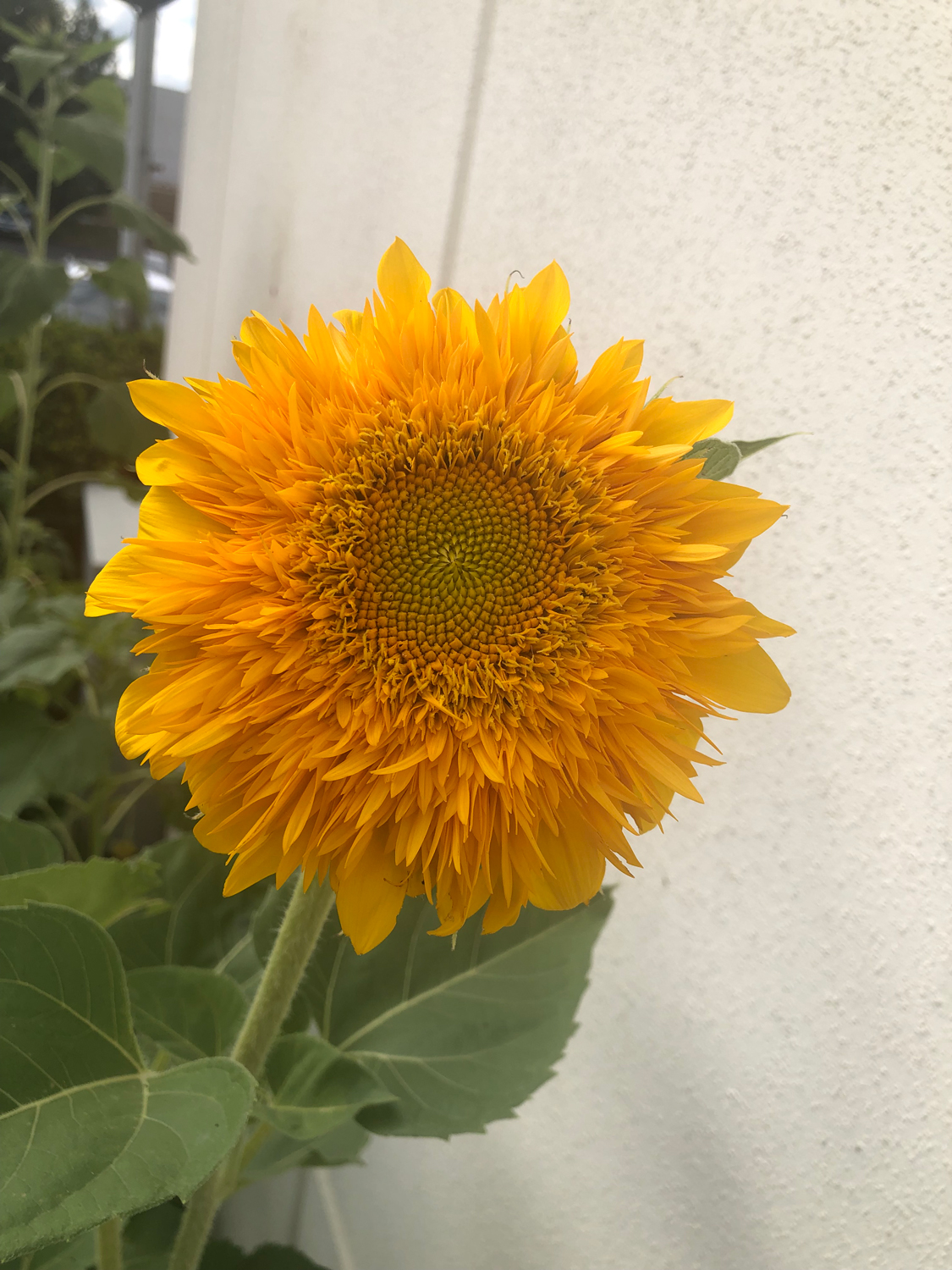 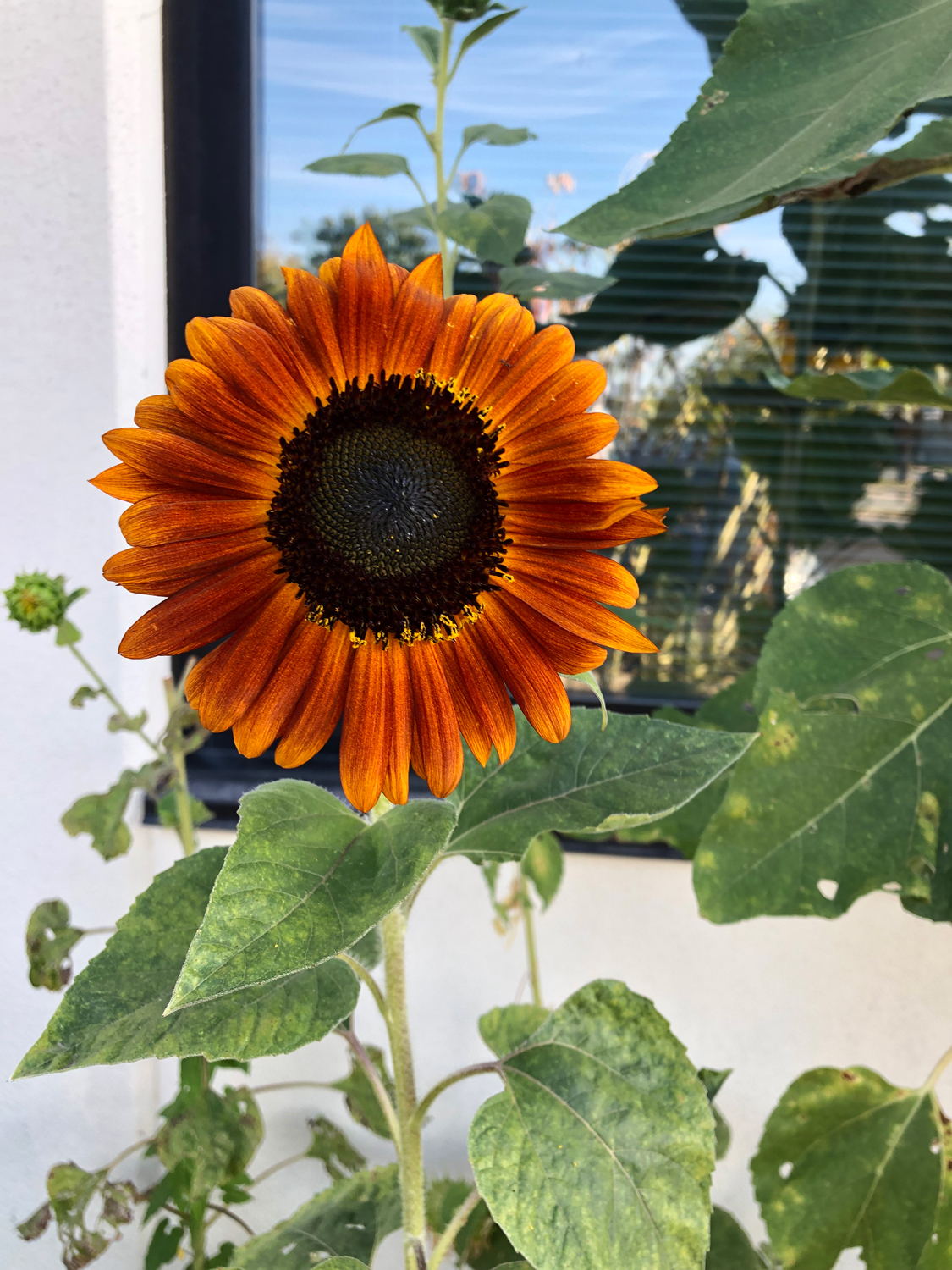 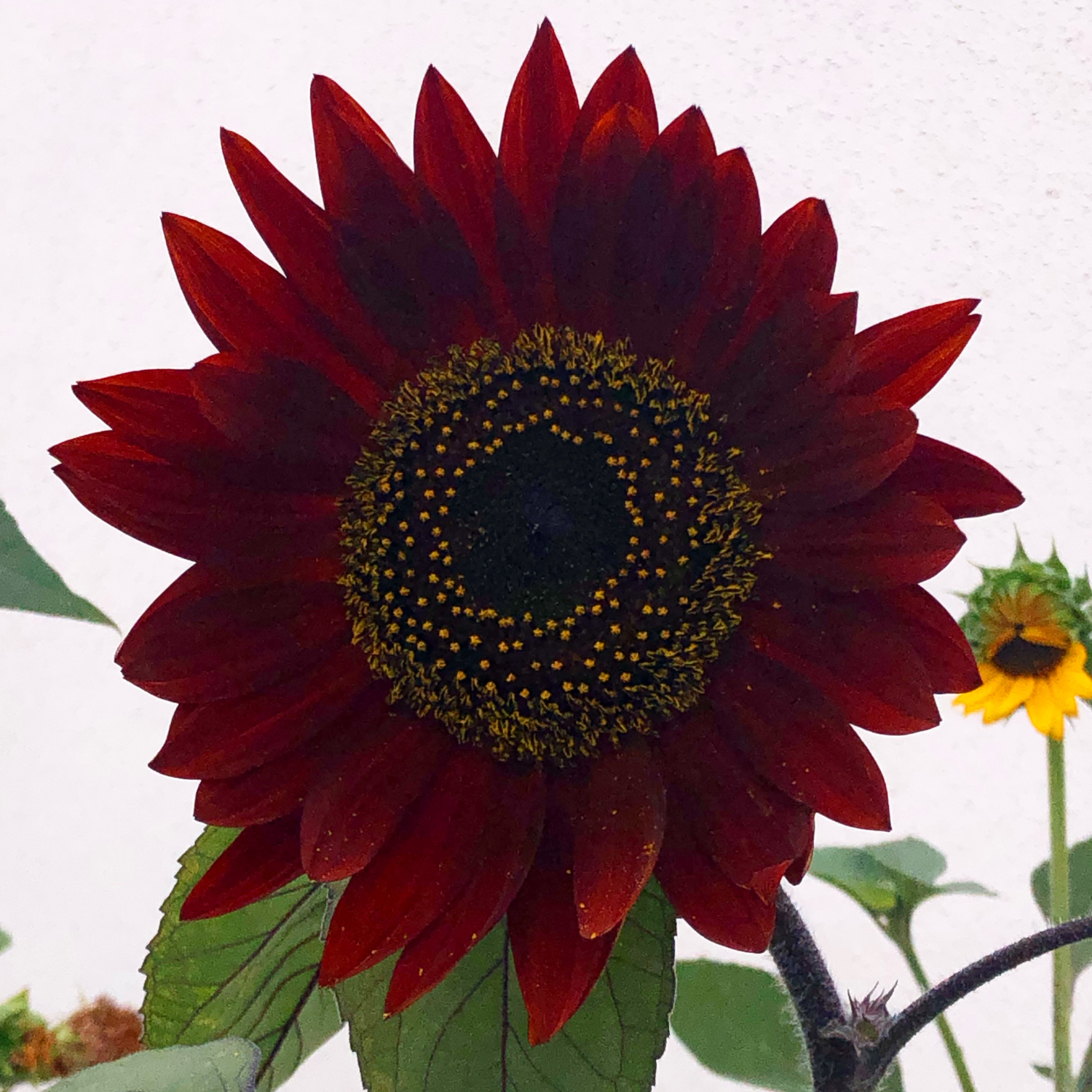 September also took me back to Manhattan for a 3rd time in 2019. There was an Art Book show in Brooklyn. That didn’t go very well. I did have a great meal at the 21 Club. That is the famous former speakeasy founded by Jack and Charlie. Years ago, I had books signed by Steinbeck and some other notable authors to Jack (or Charlie.) It was quite the literary hangout. I wish I still had some of those books.

“The only book you regret is the one you wish you hadn’t parted with.” 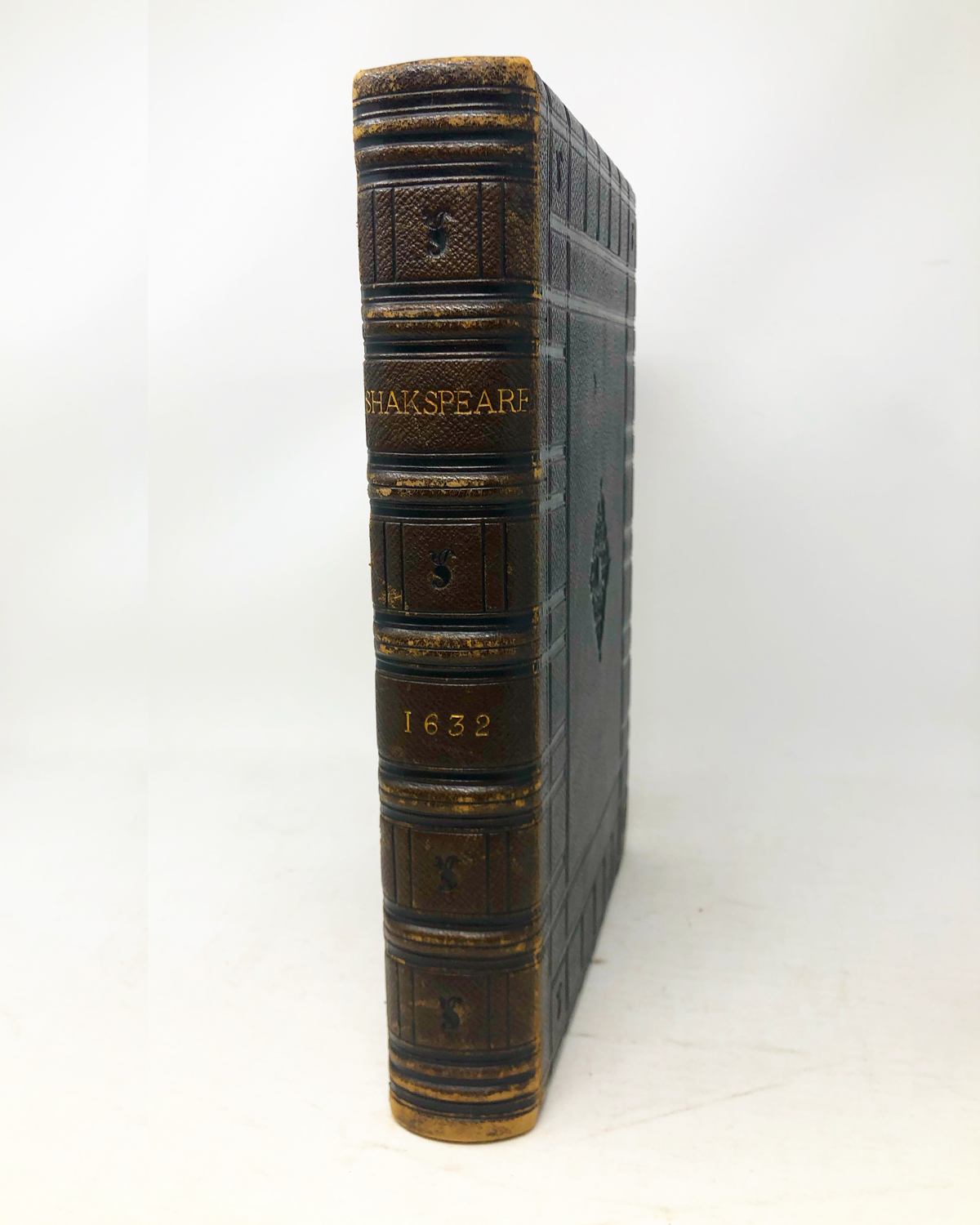 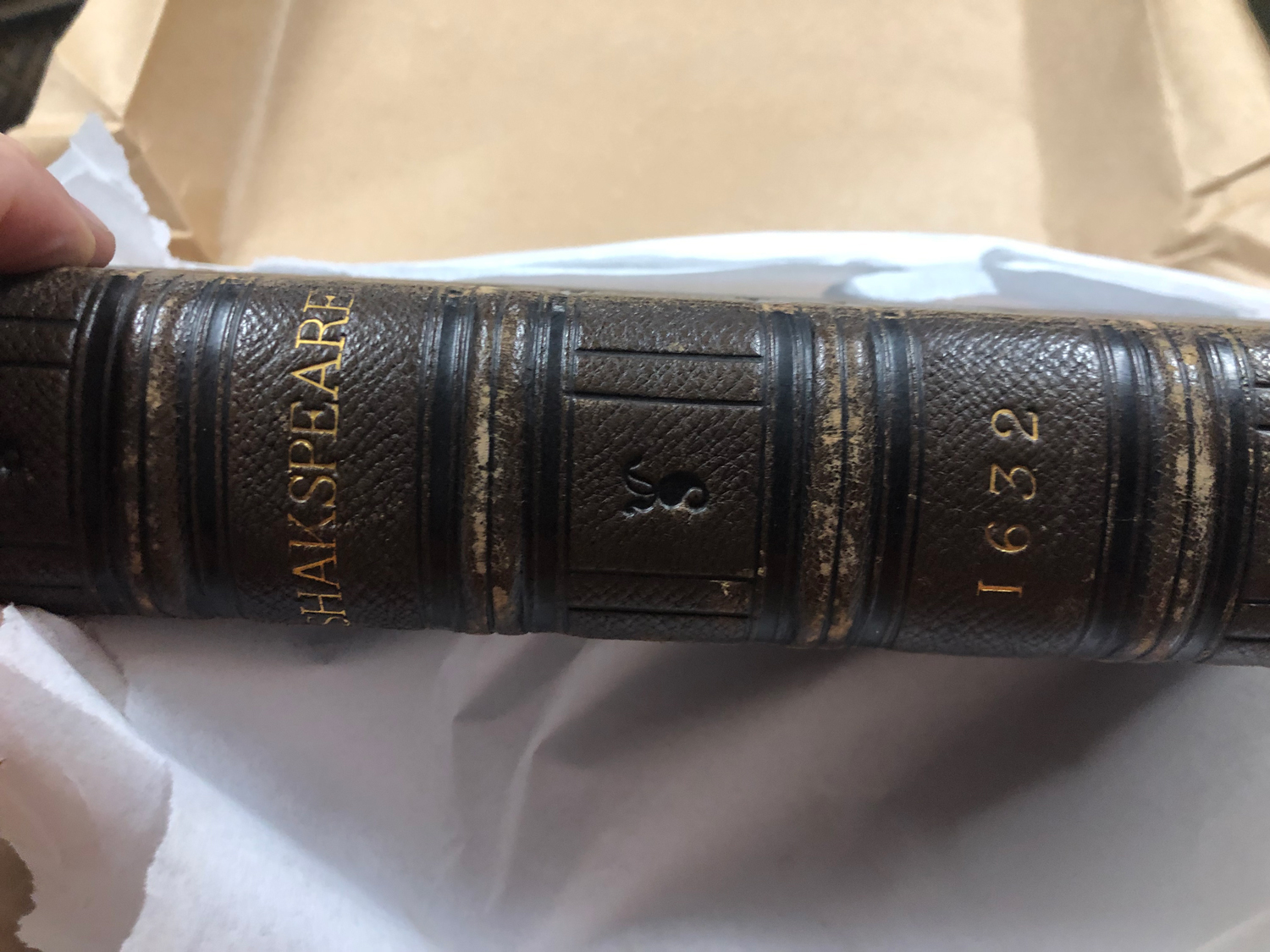 The very end of October took me to London again. I can’t get enough of that city. I wandered the streets following a literary guidebook and found many historic bookish sites.

I luckily had the foresight to get a solo ticket to see Ian McKellen one man show.

He recited Shakespeare and Tolkien. He acted and emoted and flew about the stage. It was amazing and hours long.

I take heart in that.

Continued the London rambles. I saw the house where Christopher Robin and Pooh grew.

November also got me to a Bob Dylan concert. No photos were permitted. Dylan pretty much just growled incoherently through the show. But that was ok. I was glad I saw him. I’ve been a fan since I was very little and would sneak into my older brother’s room when he was away and play Dylan records.

I went to Boston for the ABAA Rare Book Show. I hung out with friends and colleagues. I bought too many books.

The hotel I stayed in had a large room full of our Books By the Foot!

I went to Rome! A first.

I sought out the Protestant Graveyard where Keats and Shelley are buried. It was wonderfully evocative.

“Here lies One Whose Name was writ in Water…”

I wandered the confusing city and saw all the sites—well, all the big ones and many 2nd tier sites. But I’m sure there were many, many churches, ruins, basilicas, piazzas… that I missed.

I spent four memorable evenings alone at the iconic Harry’s Bar on the Via Veneto.

That pretty much brings things up to date as far as the year’s framework.

What did I do in between?

I worked—mostly 7 days a week.

I handled tens of thousands of books. Many nothing special. Some very cool. And maybe a couple thousand “important” books. Wonder Book “rescued” almost all of these. If we hadn’t cast a wide net and developed complex sorting/triage process, some wondrous things would likely have been lost forever.

Nowadays charities and mega sellers pulp most anything they can’t quantify easily. Most booksellers don’t have the time or resources to make all the calls we do. No one buys “everything” brought to us like we do.

I had plenty of good meals and fine wines and drinks.

I saw some friends and family—not often enough.

I tried very hard to be a good friend. But I guess I tried too hard.

If I get one out next week, I’ll have done 52 consecutive weeks of book stories for a second year in a row. I’m proud of that.

The same highs and the same lows.

One thing I know for certain, there will be a large lot of Emanuel Swedenborg in my very new future.

That will be hard work. Not fun. Brain draining.

But that goes with the territory. 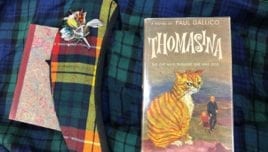 "Should we call the police?!" the bookseller asked excitedly. Althea took a very deep breath and exhaled slowly. Cold steam came out... END_OF_DOCUMENT_TOKEN_TO_BE_REPLACED