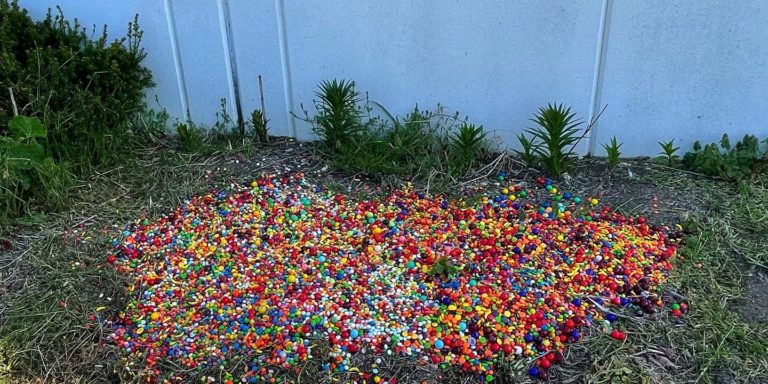 I awoke at 4 a.m. Wasted time on the phone. News. Instagram. When did Omar Sharif die? 2015. Lawrence of Arabia, Doctor Zhivago, Funny Girl…

Then it was 5. The first birds were awakening and beginning their spring chorus.

I may as well awaken completely.

Spring is racing on. Only a month old, and so much has progressed. Last night, I transplanted a few dozen Solomon’s seal, bleeding heart, lungwort, hellebore… what else? Everywhere thousands of hostas were emerging from beneath the soil. Soon they will unwrap themselves, and some become giant foliage specimens.

The little stand of Solomon’s seal I put in some years ago has become a forest of spears.

I’ve established a few other colonies around the property.

It is a living evolving tapestry I’ve woven around my home. Sometimes I expand the border. Other times I add details in voids. “I can develop that spot. What belongs there?”

It should be a wondrous day. 70 degrees and sunny. I could stay home and play in the dirt, but I’ve appointments to keep and projects that must not be left dangling.

I’m sure I will be digging up redbud seedlings along the drive this weekend. Last evening, I kept an eye out for spots that would call for an ornamental tree. They are just beginning to leaf.

I wonder how many trees I will plant this spring? There are a couple of hundred seedlings at least. That would make me a tree farmer!

I put in the ten tubbed store-bought trees I got last week. Many of the perennial transplants went in the disturbed soil around their trunks. This takes advantage of already dug dirt.

Tapestry… No unicorn. Or hunters and hounds. Or fair maiden. My tapestry is a still life. Well, not exactly still—it moves, grows, slower than the eye can see.

I reached out to my sister-in-law, Kathy. It was the anniversary of her husband and my brother’s passing. Tony. She wrote back they had saved some of his ashes, and “We had a good experience on Friday, rented the boat (trawler), and spread Tony’s ashes by Kirby Cove off the Marin Headlands.” That was good. He wanted to be there—the place where we cast our brother Jimmie’s ashes in the sea nearly 20 years ago.

It was a tough weekend. I am still playing catch-up from the three 2022 trips that took me away for a month.

And some fun finds.

This edition of The Thin Man preceded the book. It was published as a premium for subscribers of December 1933’s Redbook. The Knopf hardcover first edition was published in 1934. 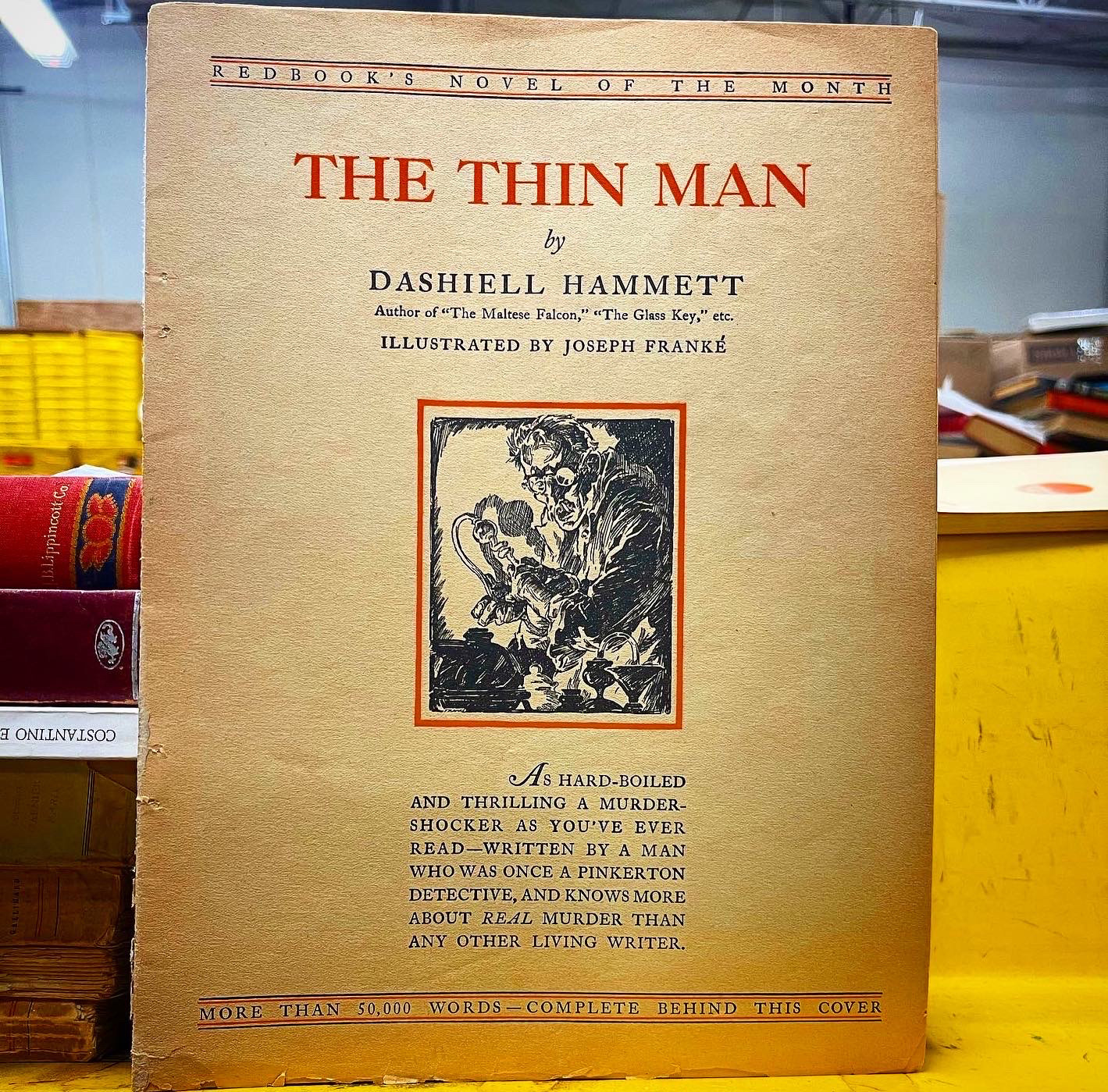 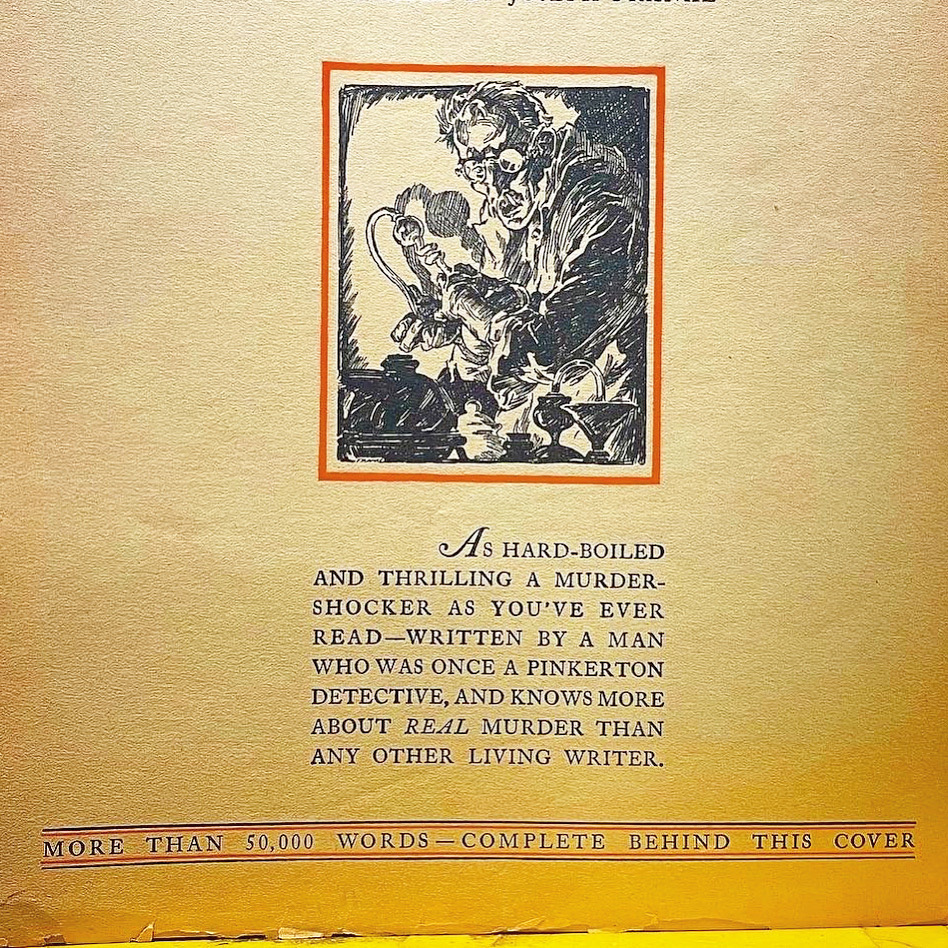 Easter, which used to be such an important holiday, I spent alone at work. It was a contemplative day, though. Being among the vast flock of books is close to God, I suppose.

Then I went to Lothlorien. Ray and Jay had just returned from Egypt for the summer. They invited me over for dinner. Jay—whose food is best described as “better than any restaurant” made a huge pot of chili. I brought a bottle of the Vesuvio wine from my trip to Italy. Lacryma Christi—the Tears of Christ.

There, with Ray’s sister Carolyn, we toasted to friends together and friends and family departed.

My iPhone betrayed me! Last week, it predicted no more days with low temperatures below 40. Monday and Tuesday, it got down to 35. Monday had frigid rain all day and night. When I got home, there was slushy snow on the roof AND on top of some potted plants that I’d put out, thinking it was safe. Tuesday, there was a frigid wind all day. When I got home, some plants were blown over.

The rest of the week will be in the 60s and 70s. I’ll be able to assess if I killed any plants I’d so carefully wondered over.

Amaryllises continue to surprise me with their “stealth” blooms. I just pot old bulbs along with other plants. I forget they are there until they send up shoots. 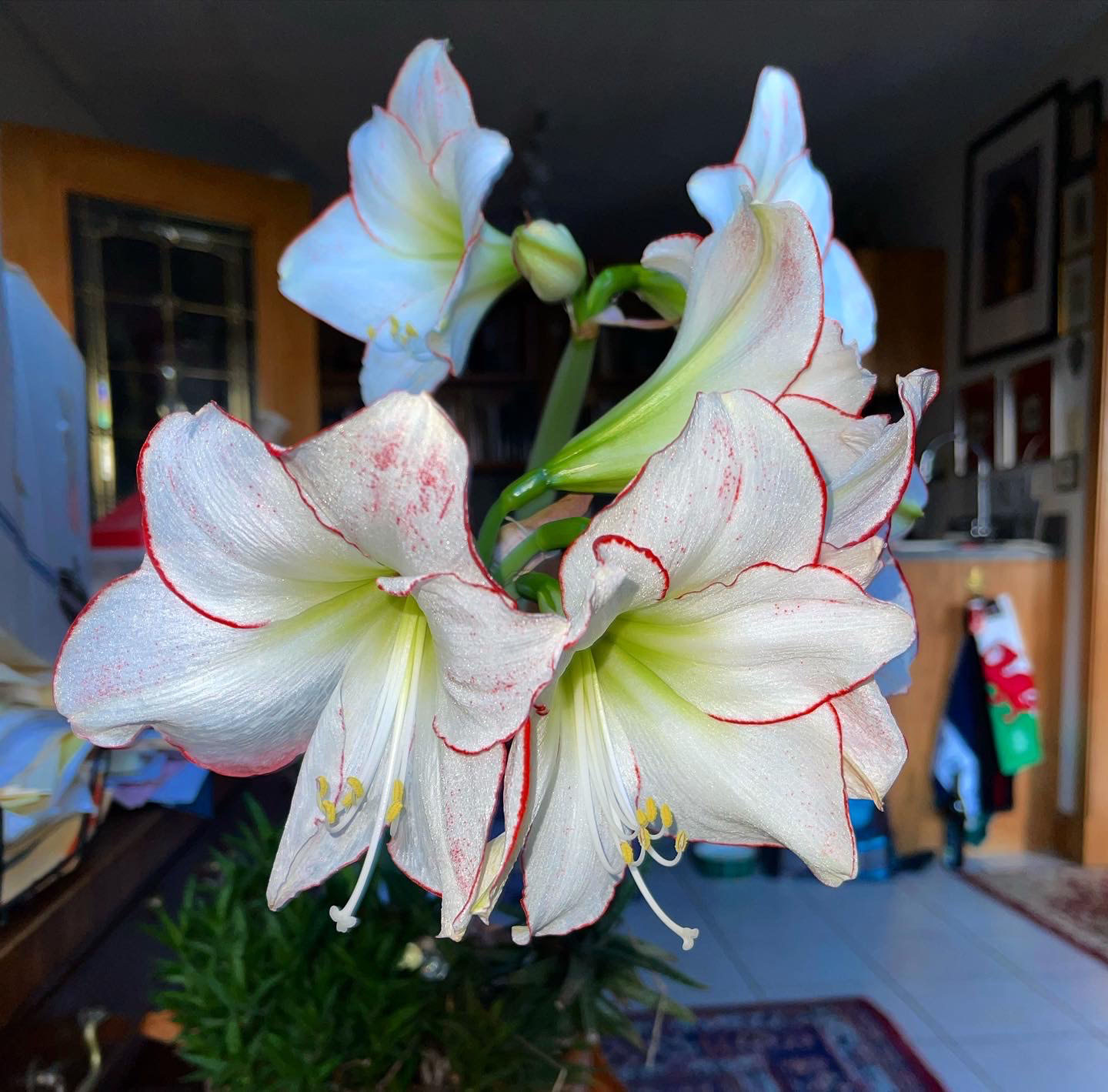 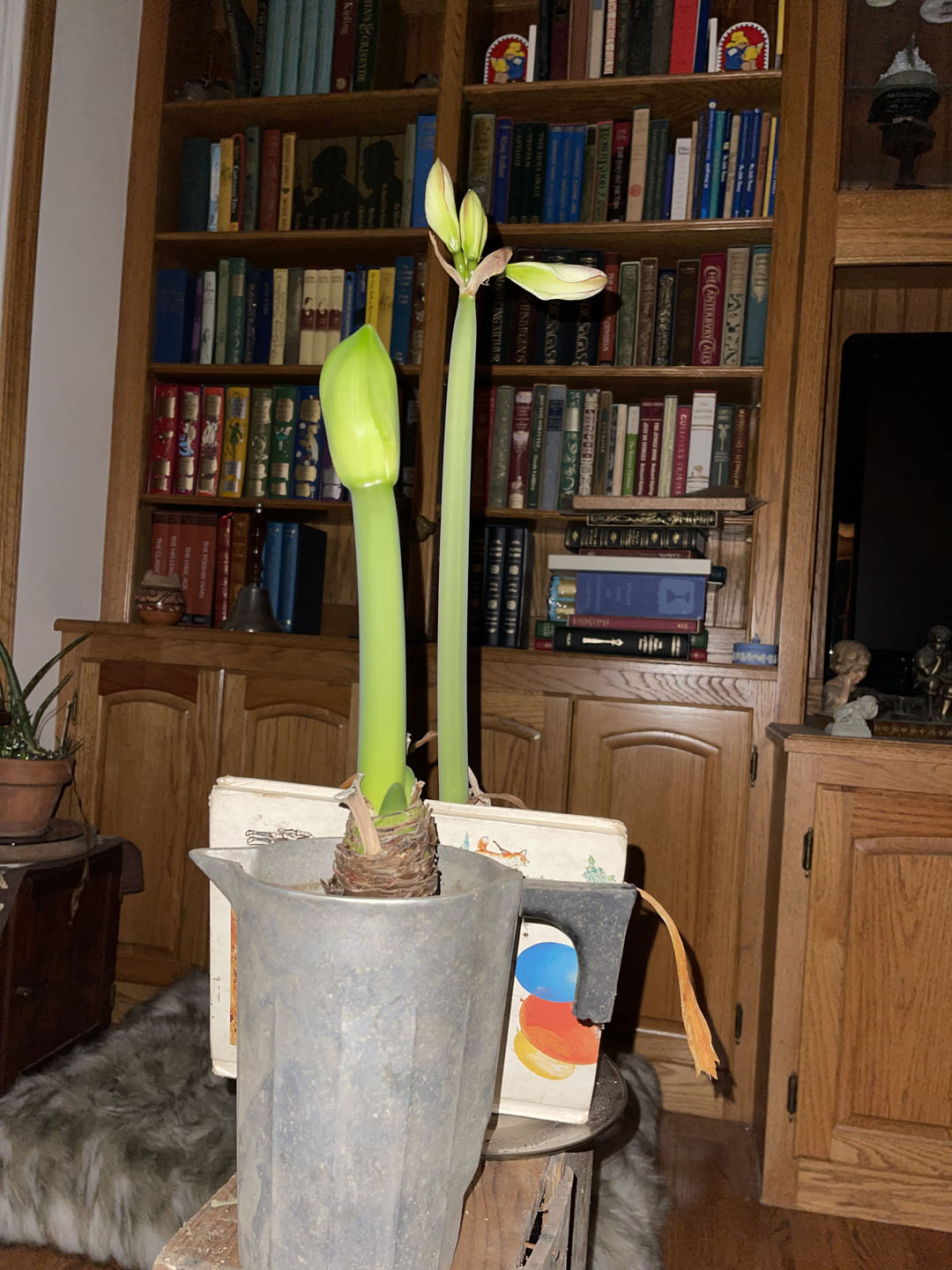 Fortunately, I don’t think there are any casualties among the several dozen potted plants I stuck out. Soon they will be flourishing after being cooped up inside all winter. I can move around the house more easily. Many of the wooden wine crates I use as plant stands have also moved outside.

My next big indoor project is to get the downstairs library refilled and the boxes of books emptied.

I suppose a filled bookcase is a kind of still life.

Ernest is driving us northwest to Hagerstown. Somehow the store has left the straight and narrow in the last month or so.

This is disappointing, as we have invested in it so heavily recently. We renewed the lease at a 40% increase. We are putting in new lighting and have added a lot of bookcases. Record bins and huge glass cases are on order.

Yet there are messes everywhere. From the entrance to the back wall.

I shouldn’t be doing this…

Still, it is my responsibility. So… once more into the breach!

Last night, after a very depressing day that ended with a meeting about the warehouse project—there will be more delays and more permits—I need to go and get a loan for millions—I shouldn’t be doing this…

I went home and planted two more redbud trees. One was a “Forest Pansy” variety which will have nearly wine-colored leaves. I need to search out more varieties. A reader in Australia who has a DIY site sent me this link about Redbud varieties.

I took the ATV down the driveway with seedling bleeding heart, hellebore, lungwort, garlic chives… Those I planted around the trees I planted last week on the old dirt mound. If successful, that spot will be a new outpost of color and balance for me to enjoy whenever I am coming home or going to work. Now I will have to carry water down there until the plants get established.

This morning, I had to climb out onto the porch roof to get this shot of the tree blooming before my bay window.

The Hagerstown store looks great. More light fixtures are up. More books off the floor. It made my day to see they took things to heart.

I praised the manager and culled about ten tubs of paperback mysteries, so the books on the floor could be shelved.

We are driving back on I-70. Wild redbuds are blooming everywhere along the roadside. Spring is moving so fast. I am not getting enough done.

We emptied the candy machines. I think it is probably safe to send them back to the stores. The over two-year-old candy and gumballs filled two plastic tubs heavier than I could lift.

What to do with all that sugar? I thought of taking it to the mountain and burying it in a garden, but then I was worried it might attract bears.

I bought a bunch of soil and Andrew and Fred covered them up. The beds needed to be raised, anyway.

I went into work thinking I had a meeting with the bankers to discuss the loan. I was waiting to be picked up per the instructions. “He is late.” I finally looked at the text from Chris. I had overlooked the word “next”—as in “next Thursday.”

That freed me up for the house call I thought I would have to postpone. It has been a while since I’ve done one on my own. It was way on the other side of the Beltway in PG County. Cheverly. It was a beautiful day. A spring field trip!

I pulled up. Azaleas were blooming in front of the old brick house.

“I don’t want to carry books down these.”

I rang the doorbell and was let in.

The house was worn and tired. A couple had lived, aged and died there over 35 years. The lifelessness of the place contrasted with the brilliant spring day outside.

There were books everywhere. The sister of the deceased led me on a tour. The house was built on a small scale.

“I wouldn’t want to carry boxes down these worn carpeted narrow steps.”

“I wouldn’t want to carry books up these bare rickety wooden steps.”

But the books didn’t smell. Those in the basement were not moldy.

I walked through all the rooms once again on my own.

“I don’t really want any of these.”

I went back up to the living room where the sister waited on the worn sofa.

“They lived there while he was working on his PhD.”

I didn’t want to break the bad news in person, so I told her I would email her with my thoughts.

“Do you have any plans for those ties upstairs?”

“No. In fact, I bagged a lot up already to giveaway.”

We went up, and she found the bag. I took down the two wooden Nordstrom coat hangers and carried everything downstairs. I gave her $30 and left the house.

“I don’t want to carry boxes down these steps.”

At least I got some good ties for the stores. They actually sell well.

I set up the phone to talk me out to the Beltway.

The Gaithersburg store is on the way back to Frederick, so I stopped. Everyone was working! A far cry from the dysfunctional situation a few years ago when I would walk in and find the staff concentrated around the counter reading, chatting, playing on their phone…

Morale… always a tough battle to gain. Easy to lose. Very difficult to rebuild once it has slipped.

I left the empty van there and drove the full one northwest on I 270.

“Maybe I should go to Hagerstown to see how the work is going. “

Easy trip… Trip… I am already itching to go somewhere. September is London and Oxford for the ILAB Rare Book Congress. October my younger son gets married. November Eastern Europe capitals and Berlin. December Southern Spain. January Morocco. But that’s so far away…

Two more phases and the renovation will be complete.

“Well, since it is on the way, I may as well stop at the Frederick.”

I got off 70 onto US 40 and was there. I stepped in and a smiling face lit up the place.

I walked through with my son and brainstormed.

“Why don’t we move book collecting and writing next to Lit? And bring the vintage kids books out of hiding and give them a prominent spot?”

“Who color-coordinated the vintage books?”

“I did!” I was told glowingly.

I headed back to the warehouse. A house call and all three stores—that’s kind of a trip.

The New York International Antiquarian Book Fair is on this weekend. I had no interest in going. Too many bad memories from the mess in March 2020 when the Plague was just beginning. Too many people I don’t want to be in the same building with. Too depressing to visit the dystopian City I used to love.

But Annika is going. I am sure she will “Ooh” and “Aah” until her cheeks are sore. I hope now one hires her away.

Plus, I have seen so many great books here in the last year.

I STILL haven’t started to unpack the Rare Book Library from the Catholic University we bought a year ago!

Those books are waiting patiently.

My nephew is coming with some treasures he has found. He worships me—far too LOUDLY.

Michael Dirda is coming to browse the vintage rooms, looking for forgotten masterpieces.

he enjoys more than the store.

So, I can’t stay home and play in the dirt. That will have to wait until this evening.

I emailed the Cheverly sister with the sad news and a token offer I hoped she would refuse.

I am NOT carrying boxes down those steps!

But someone from Wonder Book is… 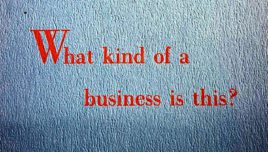 The sun is slipping into view this morning. The celestial clock's movement from north to south continues... END_OF_DOCUMENT_TOKEN_TO_BE_REPLACED